Salutations, my dear readers. It has been a long time since I wrote something. Particularly something that is not related to football. Hmm. Well, let’s get this show on the road…

On Thursday 13th November 2014, I attended the British Bangladeshi Who’s Who 2014 publication launch and awards ceremony at Alexandra Palace, London. I was present at last year’s event as well, particularly because my mother’s profile was listed in the 6th edition of the publication. Anyhow, I am delighted to announce that I am a new entry in this year’s publication! I was also told that I am the youngest ever entrant to be listed in the book.

A massive thank you to all who have supported me, it really means so much. I am humbled and privileged to be included in this publication, especially at such an early stage of my career. I graduated in 2012, but the last two years have been pretty eventful! Challenging too, but eventful nonetheless.

You can read this year’s publication online via the following link:
http://www.bbwhoswho.co.uk/images/Publication.pdf

So what else is new? Well, I was work shadowing at BBC Asian Network not too long ago…

We’ll come back to that another time. 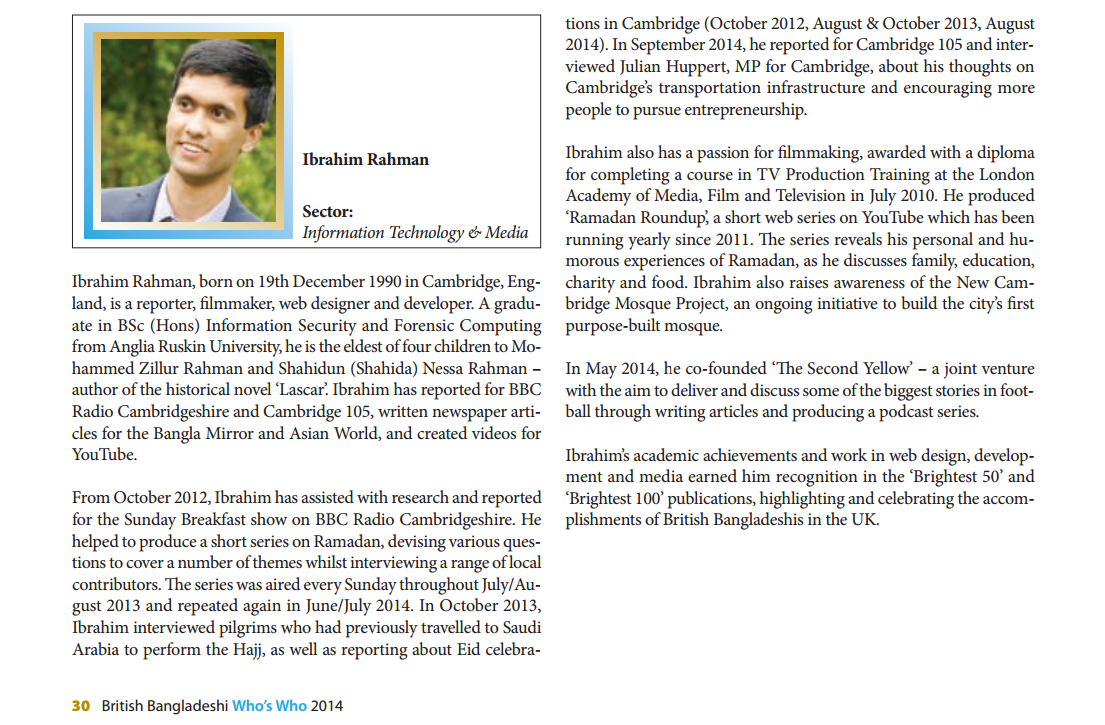 One thought on “British Bangladeshi Who’s Who 2014”