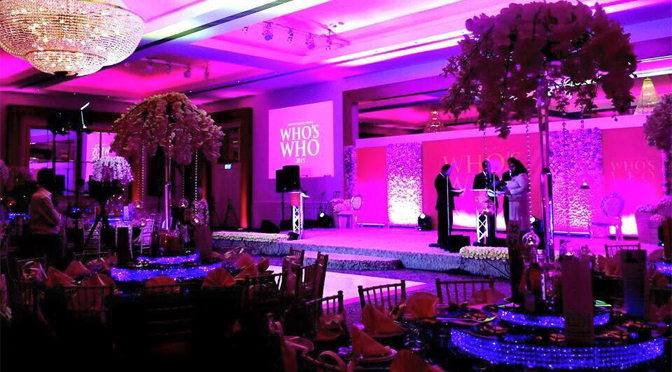 After attending the previous two events in 2013 and 2014, I was keen to get involved this time round and see what I could do to assist with from behind the scenes, particularly with the publication. I was tasked with editing the profiles of some new and existing entries that were to be included in this year’s publication. I also managed the social media sites for the British Bangladeshi Who’s Who this year, setting up profiles on Twitter and Instagram to promote the showpiece as well as helping to run the already existing Facebook page. I was keen for there to be a stronger social media presence, especially during the event. I thought this would be a great opportunity to promote the hashtag #bbwhoswho, knowing that there are many within the Bangladeshi community who are frequent users of social media and love to share photos.

On the night of the showpiece hosted by news presenter Lisa Aziz and barrister Anawar Miah, I tweeted throughout using the British Bangladeshi Who’s Who Twitter account – @bbwhoswho. The overall response to the Twitter coverage was positive, with guests engaging with the tweets and following the trend of using #bbwhoswho. Rupa Huq MP, an award-winner on the night, and Zac Goldsmith MP, a London Mayoral candidate, both tweeted about the event.

Regarding the publication, I was listed as one of the contributors on the first page. Second from bottom.

In other news, before the awards ceremony kicked off, I was interviewed by Zakir Khan (see picture below). Somehow I made him laugh. Or maybe he was laughing at one of his own jokes. Or maybe he wanted to challenge me to a lightsaber duel. Look at him aiming his lightsaber-style microphone at me AND laughing… before the event started, they played out a segment from the Star Wars soundtrack. Funny, right? Fortunately, he wasn’t actually as menacing as his facial expressions showed. Phew! We had a brief chat about my contribution to this year’s British Bangladeshi Who’s Who publication and how I was helping out at the event. I wonder where this interview will be shown… Channel S possibly?

While we are on the subject of audio equipment, Rez Kabir added a lively touch with his rich and distinctive voice-overs throughout the show. He just sat in a dark corner of the hall, bellowing into a microphone for a couple of hours. Well played. He’s also a very talented actor!

To conclude, I enjoyed being part of the project. I would like to thank Abdul Karim Goni and Shahadoth Karim for giving me the opportunity to help out with the publication and at the event itself. The Meridian Grand was an excellent choice for this year’s venue and I think it would be good to see the next event hosted there again. Well done to everyone involved.