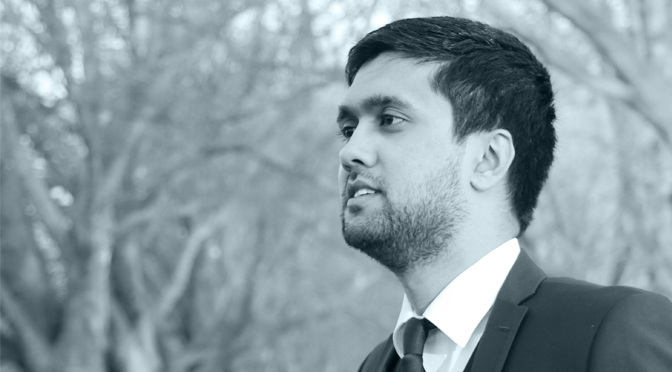 Annual review number nine! Can’t say I’m a novice at this anymore. I can already imagine next year’s review. We’ll be throwing a party. Cakes and balloons. Lots and lots of balloons. And cakes. I like cakes. Especially fresh cream. With a jam filling…

But then the balloons burst, and I wake up. The calendar still shows it’s 2017. It’s not quite over yet, but it’s time to look back on some of my personal highlights of the year.

In January, I was at the British Muslim Awards 2017, shortlisted as a finalist under the Services to Creativity and Technology category. The awards ceremony was at the Athena in Leicester. The winner was tech reviewer Safwan Ahmedmia, widely known as SuperSaf. Congratulations to you Safwan! I am also pleased to announce that I have been nominated as one of the finalists in the “One To Watch” category for the British Muslim Awards 2018, which will take place in Bradford. I am humbled to have been shortlisted again and wish all nominees the best of luck.

Between February and April, I was one of the presenters of “@7”, a topical magazine show on Cambridge TV. It was really fun presenting alongside co-hosts Billy Pointon, Victoria Innes and Bridget Bradshaw, as we looked at all kinds of local stories to do with arts and culture, entertainment, current affairs, and much more. It was also a pleasure to collaborate with Rick Pinder, the producer and director of the series. Many thanks to the Cambridge TV School for the opportunity and also to Billy, Victoria, Bridget and Rick for being so awesome to work with!

Along came May when I appeared on “Unsung Hero”, a talk show on IQRA Bangla (Sky 825) presented by Ishaque Uddin. I talked about my work as a blogger and presenter, as well as discussing various issues affecting the youth and the British Bangladeshi community. You can watch the full interview right here:

Between May and June, it was certainly a very exciting period for British politics. We had a snap general election that coincided with the month of Ramadan. I invited each parliamentary candidate, standing to be MP for Cambridge, to my home for a live interview/chat on Facebook. I really enjoyed the experience of interviewing the candidates, listening to them all discuss various key issues in the run-up to Election Day. It was a Labour hold for Cambridge, winning with more than 12,000 votes. Many thanks to Daniel Zeichner, Julian Huppert, Stuart Tuckwood and John Hayward for joining me on Facebook Live during the election period.

My biggest highlight of the year was in July when a childhood dream of mine became a reality. I was offered a work experience placement with ITV News to assist the newsteam with their coverage of the 2017 Wimbledon Championships. The two weeks I spent at SW19 were amazing, and I am so grateful I was given the opportunity to be part of one of the world’s greatest sporting events. Huge thanks to the ITV News team for everything, it really was an incredible experience.

Fast-forward to October. My mother and I co-launched Cambridge Rise, a digital media network providing positive news coverage online for the Cambridge community and beyond through multiple social media platforms. Since the launch, we have produced video reports on the completion of a community mural and the Cambridge Mosque Open Day. There’s still more to come as we keep on producing news reports as well as making mini-documentaries, sharing untold stories from the city’s wider communities. The website currently features various articles and blogs, and we’re hoping to publish more content in 2018 from new contributors. Exciting times ahead!

2016 was a tough year for me, but there have definitely been some great moments this time round. The hard work always continues of course. Business as usual. How many times in our lives have we thought about doing things but felt we could never pull it off? Of course, it’s important to be realistic and not set ourselves a target that is unattainable. Why not break it down? Make it easy. There is another way. Even when you’re faced with restrictions and limits, you can still do it.

I recently came across a motivational quote from Mufti Ismail Menk:

“Many of us are guilty of overthinking. Remember, the battle starts in your mind. Don’t defeat yourself in your own mind before you’ve even started. Focus your mind in the right direction. Be positive about things. You will see the difference.”

To all those who have supported me through the good and bad times, I thank you. Let’s continue to have hope. Keep on spreading the positivity into the new year and beyond. I’m looking forward to seeing what 2018 brings.