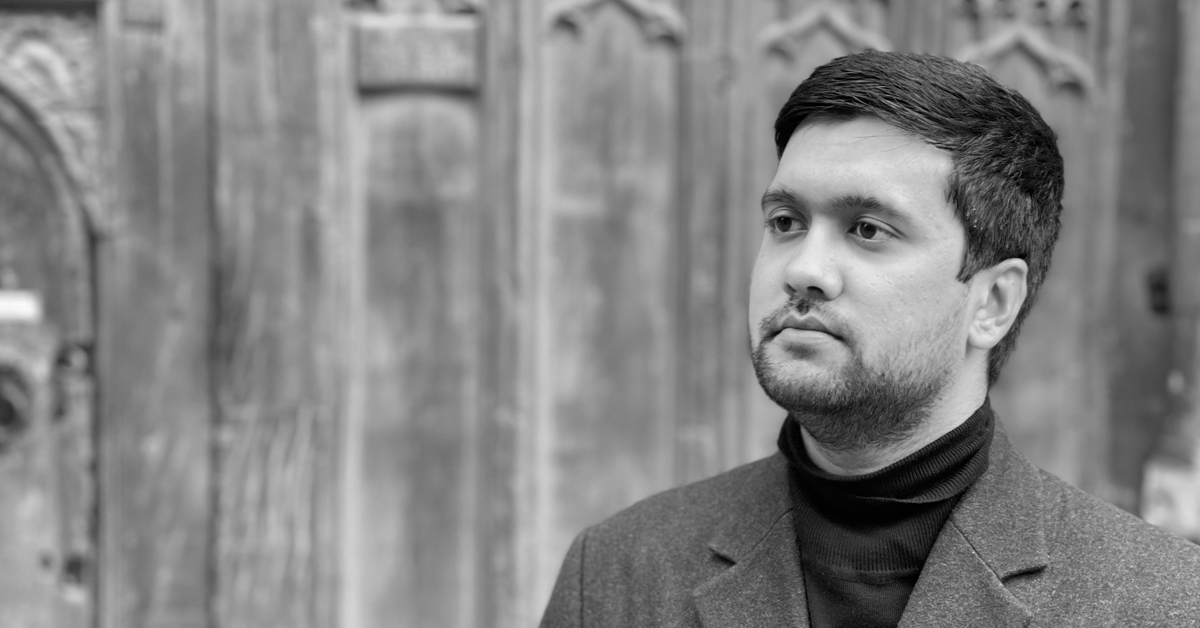 Coronavirus. Pandemic. Lockdown. Social distancing. What a start to the decade.

Since the first UK lockdown in March, I have spent every day at home. I’m also working from home too. I haven’t left Cambridge once. But amidst all the chaos, let’s take a look back at some of my personal moments over the last twelve months.

March saw the release of ‘India Ink’ on International Women’s Day, an audio play written by my mother Shahida Rahman and narrated by me. This tells the story of an abandoned Indian ayah (nanny) living in Edwardian England who must learn to fend for herself during the rise of the British Suffragette movement. You can listen to the audio play in full below.

In April, I made my acting debut in the third episode of ‘Classified Freaks‘, a superhero web series written and directed by my good friend Shuhel Ahmed. I play the role of Oli Rashid, a freelance journalist and photographer for the London Discovery News. You can watch Episode 3 here. Huge thanks to Shuhel for giving me the opportunity and I look forward to finding out what’s in store for the rest of the series!

The mosques were closed between March-June, so Muslims were unable to attend for prayers. Ramadan was a very different experience this year, as I observed the month with my parents and siblings at home. I had the pleasure of working with ITV Anglia again back in May, capturing home footage that was included in their news report on how Muslims across the east of England (specifically my family!) observed Ramadan under lockdown.

It was also a fascinating period for Cambridge Central Mosque, having no other choice but to operate online. I continued to volunteer as the Mosque’s Social Media Officer, managing their social media channels during Ramadan and through the summer. Social media has been vital for communicating key messages to our local and global communities during the pandemic, and providing for people’s spiritual needs around the world.

Check out the news report by Tanya Mercer below. It was great working with you!

How is the Mosque connecting with people this #Ramadan during the lockdown?

In July, I featured in Cambridge University’s “We are the University!” podcast series hosted by Jenny Hayward, talking about fundraising for the Cambridge City Foodbank and helping local Muslim families who have been directly afflicted by the pandemic, raising more than £20,000 collectively for both causes. A huge thank you to all who donated so generously and supported both appeals. We also talked about my journey from working at the 2017 Wimbledon Championships to my current role in social media at the University, and volunteering as the Mosque’s Social Media Officer to engage with the community during lockdown. You can listen to the full interview below.

A couple of months later, I decided to step down from my role at the Mosque, but I am enormously grateful and honoured to have had the opportunity to volunteer at Europe’s first Eco-Mosque, leaving with many fond memories. It was a privilege to meet and work with many brothers and sisters within the Cambridge community and beyond, and also with those from other faiths or none.

I joined the Karim Foundation in November, a Cambridge-based registered charity set up to prevent and relieve poverty by providing food and support with domestic costs for those in financial hardship. Working alongside my mother, Uncle Kal Karim and Jeandre Hunter, I am volunteering for the charity as the Director of Communications, focusing on managing the website and social media channels. This month, the Karim Foundation delivered essential blankets, heaters and utility top-ups to local families in need.

In December, I was deeply saddened to learn of the passing of Umbreen Ali, Media Manager of the Asian Media Awards. In 2013, the Asian Media Awards were searching for recent graduates looking to forge a career in the media and to submit their profiles. The aim was that they would be introduced directly to media owners, editors and producers. I was a computer science graduate who was really keen to work in the media, but I was quite a shy person and lacked confidence at the time as I barely had any media experience. I remember Umbreen contacting me that I was one of five graduates selected to attend their finalists launch at City Hall, London, where I was privileged to meet her for the first time.

I fondly remember Umbreen reaching out to tell me that I was a Regional Journalist of the Year finalist in 2015, for my series of Ramadan and Eid reports on BBC Radio Cambridgeshire. I was humbled to be the first-ever nominee of Bangladeshi origin to be shortlisted in this brand-new category. This gave me confidence and hope that I could go on to pursue a career in the media. Four years later and by the will of Allah, I finally achieved that dream, now working as a social media professional at the University of Cambridge. Umbreen had a huge impact on me and my career, for which I will be forever grateful. May Allah reward her kindness and support, give strength and patience to her family, and may she be granted entry to the highest levels of paradise. Ameen.

Finally, I am pleased to announce the launch of Youth Suite! This is my brand-new podcast series, providing an open space for thought-provoking, inspiring and positive conversations on various topics of interest for today’s youth. I want to hear about your amazing work, your personal experiences, and also have some fun along the way too! YOU choose the topics that YOU care about, and we’ll talk about them. Please get in touch with me if you would like to be a guest or find out more. The series will be launching in early 2021.

I’ve just got to squeeze this in… moving over to football! Liverpool FC finally won the Premier League! THEY DID IT! This time last year, the Reds were 13 points clear at the top of the table and despite the season being disrupted by the coronavirus outbreak, Liverpool were relentless as they claimed their first league title since 1990, accumulating a phenomenal 99 points. They enter the new year once again as the league leaders albeit with a slender lead, but time will tell if the men in red can defend their crown.

There has been much to reflect upon in this year of challenge and uncertainty. 2020 has required tremendous levels of patience, resilience and discipline. It has also been a period to appreciate many of the things I may have taken for granted. Never has it been more important to look after your wellbeing and mental health, and to reach out to those you love and care about. It’s been really tough, but I try to remind myself that hardships don’t last forever. With every difficulty there is relief. I miss seeing my family, friends and colleagues, but I look forward to the days when we will meet again and embrace one another.

I want to thank everyone who has supported me through these past twelve months, and I wish you all a more positive and healthier year ahead.