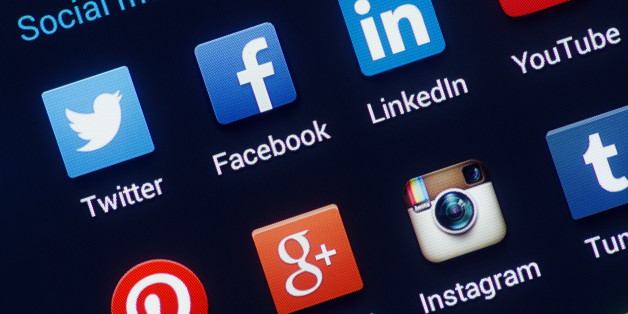 Technology. It’s a wonderful thing. A source of fascination to me since childhood. Well, since my nursery school days to be precise. Two decades later, I’m using digital media to engage and interact with emerging young talent.

So, how did it all start?

As an energetic and inquisitive three-year-old, I was totally in awe of my uncle’s computer system. The thunderous tapping of the keyboard and incessant clicking of the mouse were as amazing to listen to as they were to watch. MS-DOS was mind-blowing. You could press a few buttons and make things happen. It looked like so much fun that I wanted to have a go too! Before I knew it, I had successfully repaired my nursery school’s computer. Shutdown and reboot; sorted. Back to joining the class and learning more nursery rhymes, but this was only the beginning of my journey into the world of digital technology and it went on to affect me in ways I never dreamed of.

My burgeoning interests in this domain diverted me towards media, after somehow navigating a path into my family’s video equipment and editing software. I have retained a strong interest in video production ever since I was at primary school. Since then, I have created a short film series with one episode that was shortlisted for a national film award, and I have reported and presented for radio and online TV, catering to varied audiences and working with diverse content.

This takes me to social media, a powerful and dynamic tool that has rapidly evolved over the last decade and continues to influence the lives of many. Over the last five years, it has enabled me to utilise various digital platforms to connect and positively engage with the youth through my own networks. Every day during Ramadan this year, I used Facebook’s livestream feature to share my experiences and initiate discussions over a range of topics such as food, Euro 2016 and the result of the EU Referendum. I received positive reactions and comments from my viewers. I did not know anyone else from my hometown, Cambridge, who was doing this during the month – it was about offering a different alternative that people within my locality could interact with and look forward to.

In contrast, social media has also been a region of personal disappointment and frustration, knowing there are young and talented individuals who do exist and are not receiving the credit they deserve – particularly within the Asian communities. I wanted to address this and numerous issues involving the youth throughout the British Bangladeshi community.

A British Bangladeshi online TV network offered me the opportunity to present a chat show web series called Youth Corner. The aims of the series were to highlight the achievements of young and emerging talent in various fields, providing a platform for guests to share their experiences and inspiring stories, and discuss topics relevant to them such as education, career development and much more. It has so far reached tens of thousands of users via Facebook, numbers that are increasing on a daily basis.

Abu Ali, a Clinical Data Manager from North London, was my first-ever guest of the series. “I was delighted to be the first guest,” he said. “It was a great opportunity to explain to the younger community what opportunities you have, how you can achieve them and make a difference. It also led to presenting a new show myself, so I can be grateful to Youth Corner for that!”

Amira Haque, a midwifery student from the University of the West of Scotland was a guest on Youth Corner. “The series is a fantastic initiative that exhibits the work and skills of lesser-known people,” she explained. “It inspires young people to do good and succeed in their respective fields, showing that success isn’t all about becoming a doctor, lawyer or engineer.”

Shuhel Ahmed, an East London-based filmmaker, was another to make an appearance on my show and explained the challenges he has faced with his work. “When this opportunity arose, I felt this was my best chance to express and discuss why I love what I do,” he said. “It gave me conviction and belief that my work is getting noticed, and that all those hard long hours working away does really pay off. Appearing on Youth Corner allowed me to demonstrate to my family and friends that it is possible to achieve success in this industry.”

From my own personal experiences and what I have seen within my own community, it is clear to me that young talent is in abundance, but what concerns me is the lack of media platforms out there supporting them. Many Bangladeshi media outlets I have come across seem to promote the same faces time and again and I feel it is dispiriting for those hard-working individuals who are desperate to make a breakthrough, but get overlooked.

Youth Corner enabled guests to feel empowered, instilling them with confidence and the belief that their work and achievements are being recognised and appreciated. Through Youth Corner, I have been able to network with young people from different walks of life and it has been a great learning experience for me.

I am especially grateful that I was given an opportunity to present my own show, but also to focus on issues that I am passionate about. The youth is the next generation and will ultimately be the ones who lead us into the future. There is still so much work to be done, but my recent encounters have filled me with optimism and belief that digital media can make a significant contribution, particularly for the youth. Attitudes within the British Bangladeshi community are changing steadily and this is encouraging.

It’s all work in progress.